Once your home hits the ten year mark, it is probably time for some home maintenance. Here are nine updates your home will benefit most from according to Zillow. 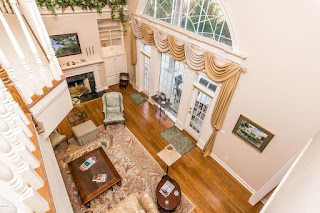 Get new Carpet: After ten years it is likely that your carpet has rips, tears stains, and odors that won't come out even with a deep clean.

Replace the hot water tank: A water heater may not show signs before it leaks or fails, but after about ten years you should replace it before it's too late.
Update ceiling fans: If the fan's light bulb seems to burn out faster than normal it is time to replace it.
Buy a dishwasher: You'll likely get a more energy efficient model that will pay for itself over time.
Replace the garbage disposal:The average garbage disposal last about ten years because the blades will get dull.
Replace the washer and dryer: The average lifespan for both appliances is about eight years. replace them before problems start occurring.
Repaint inside and outside:There is no rule about when to repaint. It depends of where you live, but if it's been about ten year chances are it's about time to repaint.
Re-caulk the tubs, showers, and sinks:This is a simple update that you can do yourself.
Re-glaze the windows: Re-glazing the windows is easier and more cost efficient than replacing them.